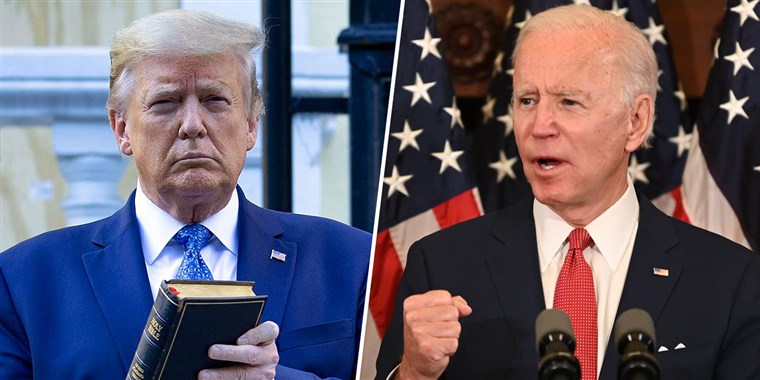 According to NewsWhip data provided exclusively to Axios, all top 3 topics garnering the most online interest - the coronavirus, racial injustice and foreign policy - are now issues working against President Trump.

The pandemic has created a major conflict between the impulse to use traditional political tools and the desire to protect American electorate health. As crowds do matter and gathering of large audiences has been a key part of political processes, how do Trump and Biden go about their crowd gathering in the middle of a health crisis? With Trump's obsession to draw big crowds to build excitement and portray enthusiasm of supporters, his team will have to look for every possible chance to get the president his traditional display of an arena-full of excited audiences. Biden's group will likely heed public health warnings by finding some ways to build excitement without resorting to traditional campaign methods of gathering crowds.

With the coronavirus crisis not showing any letup in an election year, this apparently created the necessity for absentee voting. The Democrats proactively responded in an adaptive move to expand mail balloting. Trump, however, attacked this by casting doubt on its reliability and accusing Democrats of using the pandemic for political gain. There is now a growing opposition to mail in voting by Republican voters. Several primaries showed that Democratic voters have accepted this process more than Republicans, as they applied for absentee ballots.  Many Republican voters express skepticism and suspicion about mail balloting. The dramatic change in the way voters are casting ballots in the primaries, where mail-voting in some states rose to 70 percent this year from below 10 percent in previous elections, poses a critical challenge for Republicans.

What's the forecast?  According to Politico, President Trump is becoming an underdog in his bid for a second term dragging with him the Republican Senate.  He is losing his incumbency edge as a series of mishandled crises markedly deteriorated Trump's and his party's political environment.  And with his approval rating approaching an all-time low, there is now a real shift towards Democrats, though too early to be irreversible.

Recent polling: A 96-0 vote for Biden over Trump shows significant support from voters whose top choice was Elizabeth Warren as their Democratic nominee in the primary. This meant Biden is not facing serious defections from the Democratic left, although they are not necessarily excited to support him. Both Sanders and Warren supporters who are now bidding for Biden say their vote is more a vote against Trump rather than a vote for him.

This gets to the supposed “enthusiasm gap” prevalent during the 2016 Election. According to the latest USA Today/Suffolk poll, half of President Trump’s voters are very enthusiastic about their candidate, while only 27 percent of Biden supporters feel the same way.

But as The Hill’s Jessica Tarlov describes, “The Democrats’ platform is built on the importance of civility, consensus, equality and favoring the collective over the individual — a particularly important message at this moment.” This platform is appealing to Americans who see human suffering at the hands of this pandemic and frankly agree with the Democrats’ widely-popular platform.

Flashback and Fast Forward: In 2016, some voters including Republicans who didn't like both Clinton and Trump chose a third-party candidate. Many of those who used to dislike both major-party presidential candidates in 2016 are so disillusioned with the incumbent president that they are now increasingly favoring a Democrat. There's also a number of Republican-leaning voters who didn't support any major-party presidential candidate in 2016 who are now comfortable in favoring a moderate Mr. Biden over Trump for the reason that more progressive voters are unenthusiastic about his candidacy.  This is not a significant number. And even when some Republicans openly expressed opposition to Mr. Trump that year, he still won because of his overwhelming staying popularity with Republican voters. Those who initially have misgivings about him and distanced themselves from his party have come to embrace him as they are resistant to the left leanings of the Democratic Party.  But some of the voters who stayed on the sidelines in 2016 are now expressing political interest to vote and evidently benefiting Mr. Biden.

Biden's Bid: As the polls show Biden's lead over Trump, giving liberals and left-leaning activists greater confidence in his winning, some question his commitment to transformation. He talked of more sweeping changes but kept himself from polarizing issues such as defunding police or removing Founding Fathers' statues. His moderate stance presented a broadly acceptable alternative to Trump, frustrating Republicans who want to tag Democrats as extremists, at the same time creating confusion about how he would lead and build a better America.

Key Takeaway: MSNBC's Ari Melber reports, "We are a long way from November. A summer lead for any candidate does not mean they will win - in fact, we have charted that. People like Dukakis, Kerry, and Clinton had leads that did NOT win the election." In essence, don't be complacent.