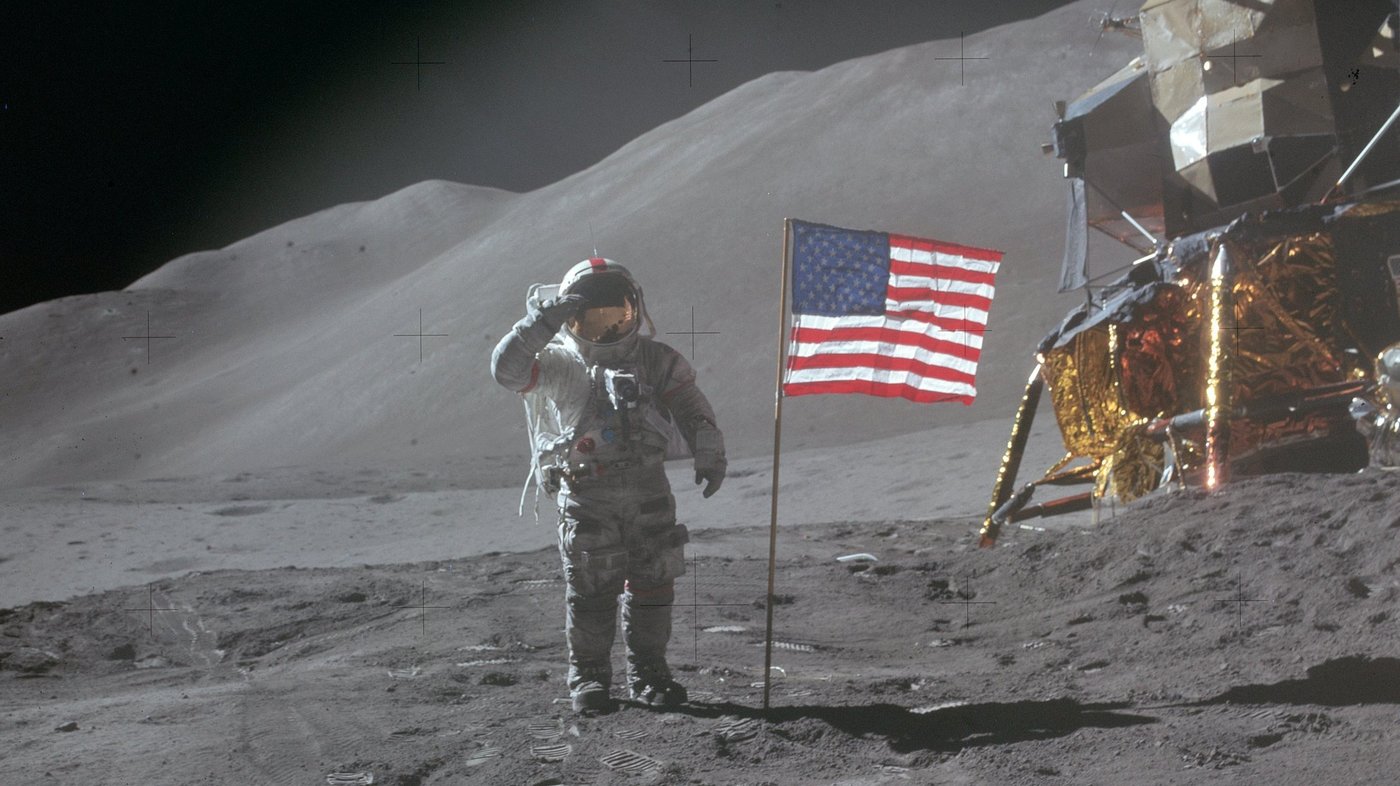 Neil Armstrong on the Moon during the Apollo 11 Moon Landing. Photo: NPR/ Man on the Moon: Saving America's 'One Small Step

50 years ago today, with less technology than the device in your hand, the Apollo 11 spacecraft achieved the impossible, launching for the moon and subsequently thrusting the American flag upon the edge of space.⁣
⁣
When John F. Kennedy addressed Congress in May 1961, he stated, “I believe that this nation should commit itself to achieve the goal, before this decade is out, of landing a man on the moon and returning him safely to the earth. No single space project in this period will be more impressive to mankind or more important for the long-range exploration of space; and none will be so difficult or expensive to accomplish."⁣
⁣
With a shared vision of testing the limits and sheer determination of 400,000 and countless other Americans, the whole world fixated around their televisions to witness the First Moon Landing. When recounting America’s vision, Buzz Aldrin stated, "One truth I have discovered for sure: When you believe that all things are possible and you are willing to work hard to accomplish your goals, you can achieve the next 'impossible' dream. No dream is too high!" ⁣
⁣
Although JFK never got to see the fruits of his vision, those that followed picked up the torch and accomplished one of the greatest feats of humanity. ⁣
⁣
At Digital Democrat, we recognize a necessity to reclaim the American vision for intelligence, shared success, and achieving the impossible. Let’s achieve the impossible for a brighter future!⁣
⁣
If you’d like to join the aforementioned movement, click the link in our bio and join the movement! ⁣
⁣