Undermining Dr. Fauci In The Midst of A Global Pandemic 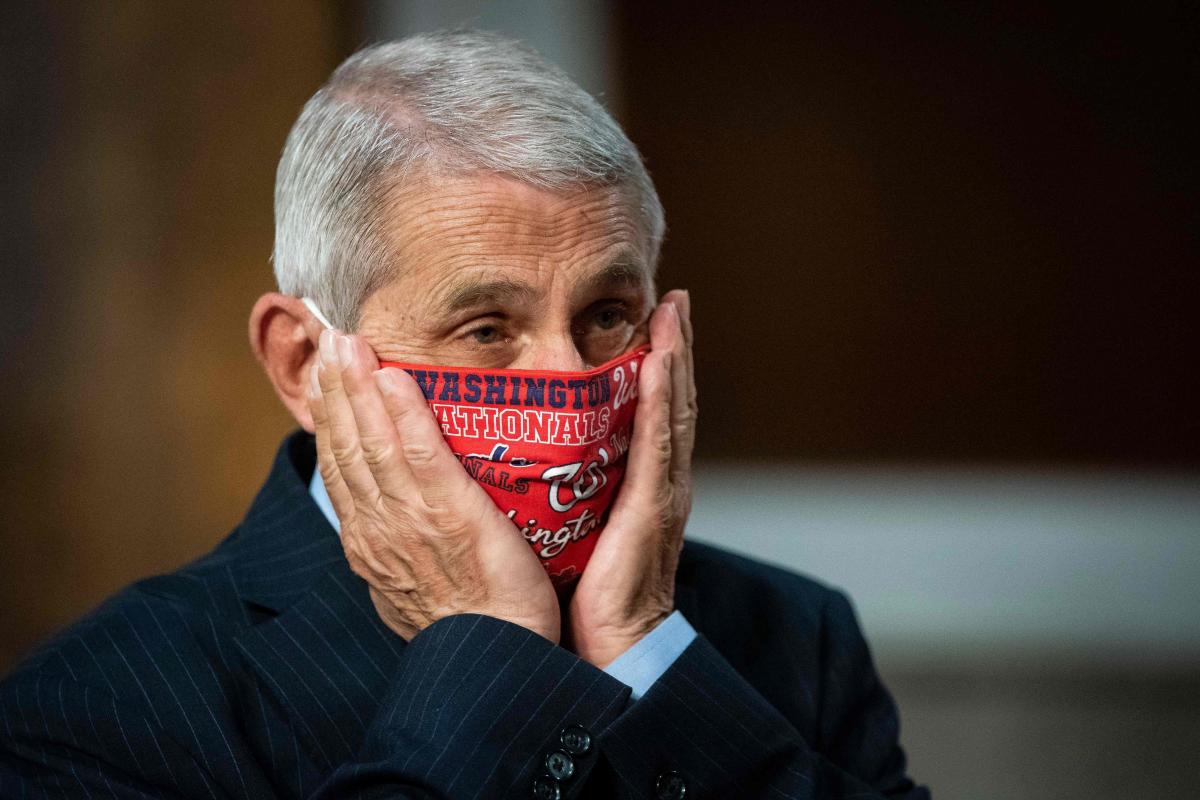 Even as early as February, top public health experts, including Fauci, cited the need to aggressively implement social distancing even if it meant disrupting the economy and millions of American lives. On CNN's "State of the Union" in April, Dr. Fauci said that more lives could have been saved if the administration had implemented social distancing guidelines before March.

Rollercoaster of Emotions: As Dr. Fauci became more outspoken about his concerns over the virus, Trump's aides became combative with the NIAID Director, who has served since the Reagan administration. Their distaste for the immunologist bubbled over when Trump’s aides published a list of the doctor’s early erroneous remarks about the virus, but this release omitted important points to discredit or undercut him. There’s a evident battle between politics and science at hand. The administration continues to sideline the CDC recommendations, pertinent to slowing the spread of the disease. Instead, Trump and his allies are supporting policies that focus on an economic reopening, which is vital to Trump's battered re-election endeavor.

A day after Trump's press office released the 'long list' underming Fauci, the nation's top infectious disease expert was invited to the White House for a talk, after weeks of no direct contact. The attempt to discredit Dr. Fauci has immediately raised alarm among health experts who have long known him as public health's most important ambassador.

White House' denial of undermining Dr. Fauci is weakened by its deputy chief of staff for communications who posted a cartoon ridiculing the doctor.

Experts being attacked:And the criticism continues, mostly from public health experts, scientists and Democrats, pointing out the danger of belittling a highly respected government health expert as the country continues to battle a pandemic that is exacting a heavy toll.

And Trump's administration and other political leaders are admonished by former heads of the CDC that their attempt to undermine public health agency's guidelines will contribute to the resumption of covid cases across the country. The op-ed's authors sadly wrote that at a time when Americans need leadership, expertise and clarity, sound health advice is willfully disregarded and challenged by partisanship and political pressure. Trump promptly launched attacks on the CDC claiming the CDC, Media, Democrats,and Doctors are lying.

Another attempt to discredit Fauci was Director Navarro's column of which the White House claimed no responsibility and declared that the op-ed  violated protocols and was not supported by anybody in the West Wing. It was not cleared  by White House.  And the president told reporters that Navarro was speaking for himself and shouldn't have written the op-ed claiming Fauci has been wrong about everything.

For Dr. Fauci, he found the discredit attempts strange as it would ultimately hurt the president if top health officials are undermined in the middle of a health crisis.

To divert attention away from their fumbling anti-Fauci moves, the White House publicly chastised the trade adviser Navarro for writing the op-ed that attacked Fauci.

Evading normal processes: In a move to streamline and improve data collection on the pandemic, the administration ordered hospitals to send all Covid-19 information to a central database and bypass CDC. The sudden shift reinforced fears that the Trump administration is politicizing science and undermining its health experts.

After all the attacks and ridicule hurled at him, Dr. Fauci gave sound advice, without criticizing the administration he works for, by telling students in Georgetown University to trust respected public health experts over politicians as they have a track record of giving information, policy and recommendations based on scientific evidence and good data. He added that getting involved in any political nonsense is a waste of time.

USA TODAY, as it faced a lot of criticism over its published opinion piece against Dr. Fauci, said in a post-publication note that the piece did not meet their fact-checking standards and added an editor's explanation of the piece's origins and its mistakes.

Looking back on Trump's grumblings about Fauci, it seems that all those he claimed Fauci said, since January, were all his and projecting it all on Fauci like a ventriloquist. Now it's July, three months after the wearing of the mask was announced, Trump finally tweeted that it is patriotic to wear a face mask.

Some Good news: Many people recognize Dr. Fauci’s efforts to protect and support Americans. The World Series-reigning Washington Nationals are celebrating the lifelong superfan, having him throw out the symbolic Opening Day pitch against the New York Yankees.

In the end, we are cautiously optimistic that Fauci’s legacy will be recognized for its successes and not for the smear campaigns.