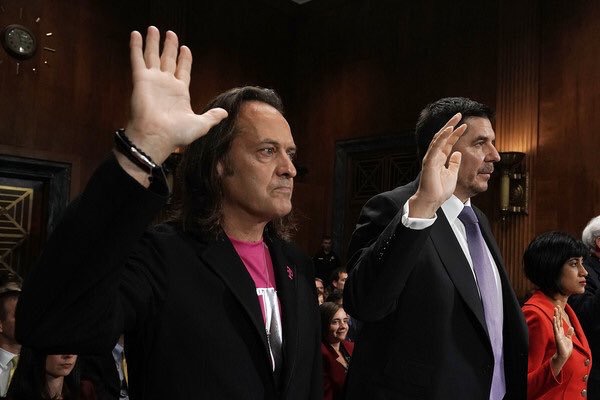 In late July, the Department of Justice gave the go-ahead to T-Mobile for the acquisition of Sprint its closest rival.

But, 16 state AGs have joined in a lawsuit against the merger, which would directly reduce competition in the market. If the deal goes through, the fourth-largest wireless carrier would consume the third-largest provider and make Dish, dependent on T-Mobile, the fourth-largest carrier.

To counter these concerns, the DOJ has demanded that the companies sell their prime assets to Dish, the satellite company which will utilize them to create a new wireless service.

What they’re saying: New York AG’s office said in a statement, “Oregon’s addition to our lawsuit keeps our momentum going, and ensures that there isn’t a single region of this country that doesn’t oppose this anticompetitive megamerger.”

Assistant Attorney General Makan Delrahim states, “With this merger and accompanying divestiture, we are expanding output significantly by ensuring that large amounts of currently unused or underused spectrum are made available to American consumers in the form of high-quality 5G networks.”

Why it matters: Amid concerns of surveillance from wireless providers, Oregon AG continued that if the merger was, “left unchallenged, the current plan will result in reduced access to affordable wireless service in Oregon—and higher prices. Neither is acceptable.”

Both companies believe that the merger was absolutely fundamental as they have to compete with Verizon and AT&T who have already made investments in 5G technology. Moreover, the companies state that the deal is a ‘win’ for their customers. T-Mobile has also committed to not raising prices for 3 years.