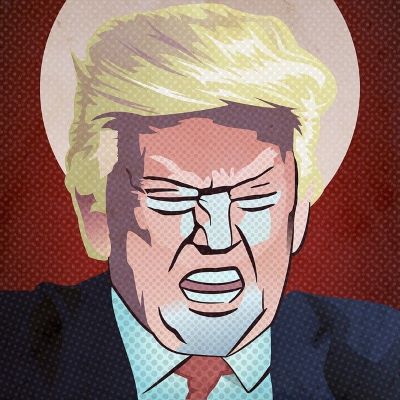 On June 28th, Trump in his usual tweet form reaffirmed the notion of the silent majority, saying, “THE VAST SILENT MAJORITY IS ALIVE AND WELL!!!” Donald Trump has championed the almost mythical silent majority – an unspecified group who does not express their opinions publicly – over the past 4 years in office.

The silent majority line was touted a lot in 2016 when Trump won the presidential election despite almost every poll showing him losing to Hillary. He did, however, lose the popular a.k.a. majority vote (this fact disproving the silent majority narrative altogether), instead winning due to the electoral college.

Trump and his allies continue to push this idea even as conservatives and former Trump voters continue to flee from his base. The website rvat.org (or Republican Voters Against Trump) is one such example and has garnered lots of national attention.

The website is dedicated to sharing personal stories of conservatives who will be voting for Biden instead of Trump in the upcoming election. Videos of people featured on the website give scathing reasons as to why they won’t be voting for Donald Trump in November. Jill from Nebraska says in her video, “Trump is the worst thing that has ever happened to this country. He is an embarrassment.”

Lori from an unidentified state says, “He is very slowly chipping away at our democracy one little piece at a time.” This is seemingly backed up by Trump’s own actions; we are slowly seeing a change away from the democracy we used to know – take the state police snatching peaceful protestors in Portland as but one example.

Movements like these have been growing online utilizing Facebook and other social media sites to grow and reach more people. We won’t know if these groups will have had an impact on the election until November, but many people posting on sites like these seem to support the supposed Democratic nominee.

Videos on rvat.org continue to be uploaded daily and with more “1-Star” reviews of Trump. Whatever silent majority Trump had in 2016 is slowly starting to disappear as more conservatives leave 45 behind in favor of Biden.